The most powerful stories are those most difficult to own….

We are often asked by media, funders and sponsors to put families forward to tell their stories.  I understand; a real life story, a photo of the family, these resonate, people can relate to them and see the difficulties faced by a family not that different to their own.  Funders can see the difference that support has made, the impact for the better and also hear the voices of those for whom our service exists.  All of that said, it’s an aspect of charity work that I wrangle with.  Something that goes against our instinct to protect the people that we work with and help them to preserve their privacy as they work through their challenges in the hope of coming out of the other side.  The result of this regular request for families to own their stories publicly is that those with the most powerful of experiences to share are the ones that never make it to press.


Those stories however, are never far from my mind, having worked alongside many families for whom owning their history publicly would have been too stressful.  These are the ones that give the true accounts of challenges faced.


One such story is that of a little girl called Megan and her dad, Ben.  A family that I will never forget.


When Megan was born, the family lived in a rural village community.  Mum, Marie, stayed at home to bring up Megan whilst Ben held down a skilled job in a local engineering firm working long hours.  When Megan was a toddler Marie suffered a sudden brain haemorrhage and passed away.   Ben tried to maintain his job but the enormity of dealing with his grief, caring for Megan and having no family support around him proved unmanageable.  The constant reminders of a life irrevocably changed, his loss of identity that his job had provided and the instant need for him to be Megan’s whole world meant that Ben found himself looking for escape.  Financial pressures were also proving too much and so he took the decision for a fresh start in Blackpool, the town where he had positive memories of his own childhood and also time spent with Marie.


Ben’s hopes for solace and a new life by the sea were short lived as he felt more isolated.  With limited knowledge of Blackpool, small things like using the bus and doing the weekly shop became huge hurdles that he felt unable to cope with alongside being a full time dad to Megan and having no one to share his worries and feelings with.  His escape to find a new life had become his prison.  With deteriorating mental health alongside the grief of losing Marie, Ben started to self-medicate with alcohol and cannabis.  He found sleep difficult – either too much sleep or not going to bed for days.  Routines were hazy, some days were better than others but not many days would pass before the wave of being overwhelmed rose up again and alcohol would win out.


Whilst Megan was below school age, little was noticed of Ben’s battle to cope.  With limited input from the outside world other than the odd visit to the GP, Ben and Megan existed alone.  As Megan started school and settled into life outside of home, teachers noticed that all was not ok.  Although a bright and happy child, eager to learn and responsive to those around her, Megan worried a lot about dad and talked about ‘looking after him’.  School supported Ben to talk to them about his home life with Megan and, over time, suggested that our young carers family support may help them.


I remember visiting Ben and Megan at home for the first time.  Wary of support, not used to having anyone in his home, Ben was very conscious that he felt he was letting Megan down, not up to being a good dad by having to ask for help.  Megan however, was a whirlwind of smiling energy!  Excited to have someone new to talk to, someone she could show off her dancing talents to, ask lots of questions of and most visits were topped off with her rummaging in my handbag for lip gloss!  Watching them together it was clear to see the love and bond between them but for Ben his conversation was focused on him feeling that he was not a good enough dad, that he was out of his depth and didn’t know where to start.  Since losing Marie he felt that he had lost his anchor in life.  He needed help to tackle practical things such as how to manage the home, pay bills, make meals, have a good bedtime routine for Megan. Small things like knowing how to put Megan’s hair in pigtails, at what age it would be ok to let her go to the corner shop alone, how often to change the bedding and clean the fridge, were all conversations that he had no one to share with.  These small things had become big things to him as he felt that he was doing everything wrong and couldn’t live up to how Marie had kept everything running.  His ‘normal’ was going out to work each day but this felt far out of reach for him now. 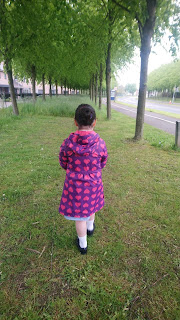 Our work together focused on helping Ben to make good decisions for the future as well as working on the small wins such as taking Megan to the park and teaching him how to do plaits in her hair. We worked to reduce his drinking, start treatment and also to attend counselling….a huge step for him to open up feelings so deep rooted but we did this together.   My time with Megan was a joy!  Once a week I would collect her from school.  This was her time to talk and play, her time to be a little girl, not a young carer.  I clearly remember our first trip to the park.  As we walked to the playground we talked about our favourite places and best memories.  She took my hand and said ‘this is my favourite thing ever!’  Although they lived half a mile from the park she didn’t know that such a place existed.  Our time there was spent exploring and eating ice creams, talking about how much she loved her dad and that, although sometimes he was sad, she could always make him smile.  The week after Ben joined us at the park.  Megan’s excitement overruled his anxieties about coming along.  He sat and watched as I pushed her on the swings and stood guard whilst she navigated the climbing frames.  The week after Ben started to become more confident in joining in with the play.  He said that he had worried that people would judge him, that they would know that he wasn’t coping, that he wasn’t the dad

that he should be.  The reality, he realised, was that every parent is living their own struggles and too occupied in their own lives to notice, especially when chasing children around the playground!  Megan joined our youthclub respite sessions as Ben became more confident in her being away from him.  She bounded in each week ready to meet new friends and threw herself into whatever activities were on offer.  As time passed, Ben began to see life in colour again.  Through his treatment programme he met others who supported his recovery, he started to join in with life.  Rather than drop Megan off at school and speak to no one, he was more willing to talk to staff if he was worried about anything or needed advice about Megan’s progression.


There are no quick fixes, no magic wands, but as a family they made huge strides together to make life better.  Ben now understands addiction, his own behaviours and limitations.  This doesn’t mean that his drinking and using will never be a problem again, but his learning is there and he has more self awareness to see problems before they turn into chaos.  For Megan, she always was astute, but through the time we spent together she now understands that dad’s drinking, using and mental health are not her fault or in her control.  Now she is older, she can help him to find ways out of his spiralling thinking and she knows where to go for support for both her and dad.  Their story may never have the happy ending that everyone wants for them but they are in a better position to make things work for them.


Owning this story may have been something that Ben and Megan could do at certain points in their journey, but then that would be out there for all to see when times turn bad or when they want to move on from their past and not be reminded of it.  For these reasons we are there to keep their stories anonymous but we can still be touched by them.  I will never forget Megan’s hand taking mine and now that she is older I hope that she still remembers the time we spent together too. 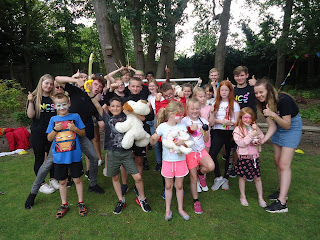 School's out for summer. 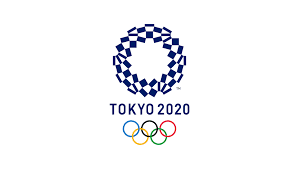 This is What Makes Us

Just A Charity Worker....
These are the thoughts and insights from a charity workers perspective. They are entirely my own and are not representative of the views of any particular charity.